The Reviews Are In

To Venus and Back is a fascinating read … captivating and illuminating …

Memoirs like this are exceptionally hard to come by, ones that take a topic familiar to many and dive deeply into the personal impact of the topic through a frank and open willingness to share by the author.

He has invited the reader into his inner circle and opened the door … and does not hold back on the details.

… enlightening, intriguing, and surprisingly hilarious! I thought dating would get easier after my late twenties. Boy, was I wrong!

… his first-person point of view reflects a smooth, passionate drive to share his truth about a particular aspect of our lives that we try to fill … highly relatable … read this feel-good story.

His probes of vulnerability, fear, sexting, and different types of relationships with women results in a survey that is inviting, revealing, and starkly candid.

An offbeat and often relatable book about dating in middle age. 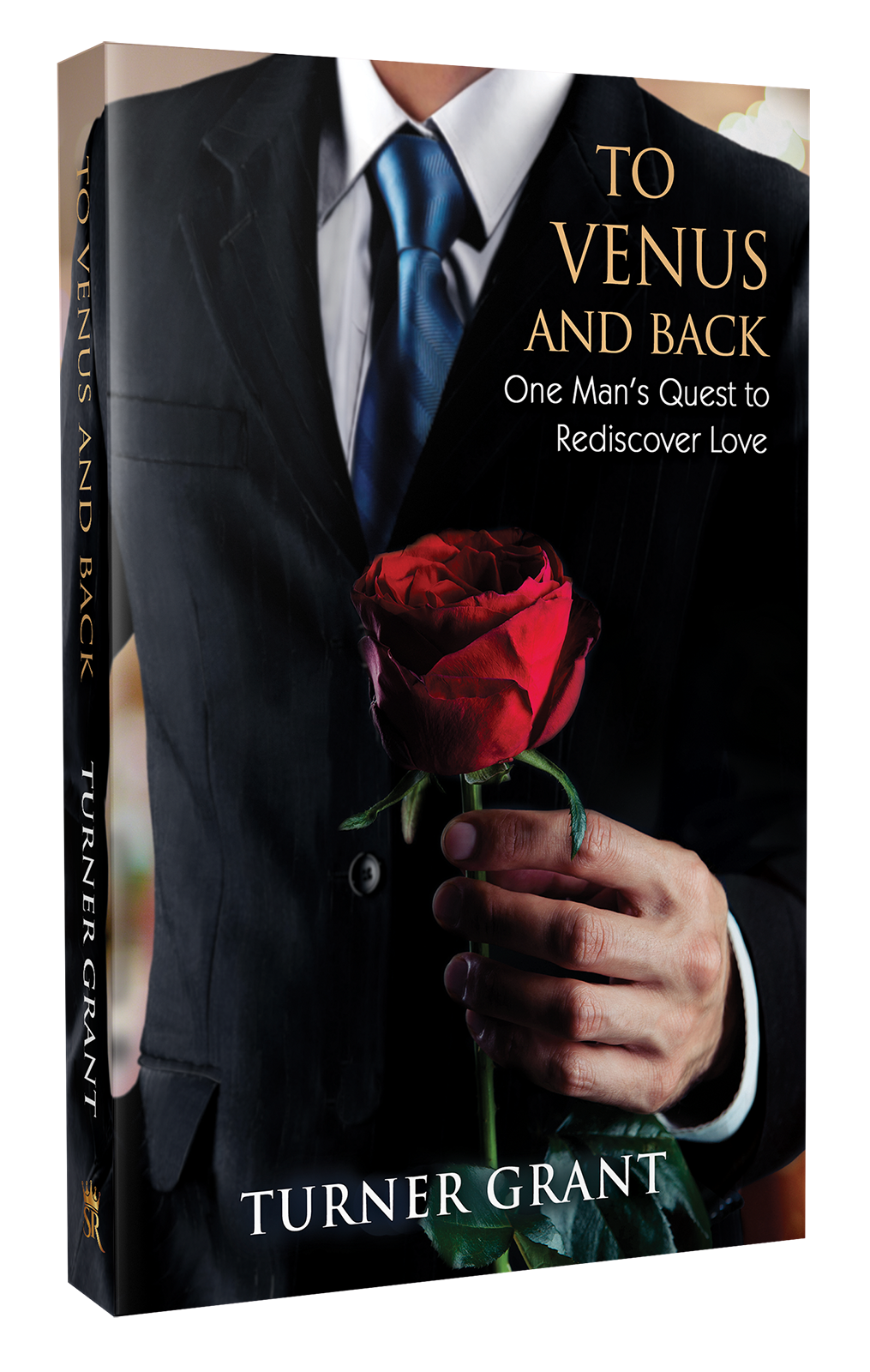 Two years after the unexpected death of his wife, Turner Grant was ready to consider love once more. Yet everything had changed, and he soon found himself adrift in the digital-dating world.

At age fifty-one, Turner Grant became a widower and single parent to his twin boys. Deep in grief, he often found daily routines difficult and his work arduous. But after two years, Turner embarked on a journey to find his future, both in life and love.

What Turner discovered shocked him. After tentative steps into the shallow dating waters, he was quickly immersed in a deep ocean filled with unexpected riptides and crosscurrents within a digital-dating universe that didn’t exist when he last dated decades earlier.

In three years, he met fifty-four single, middle-aged women who took him to a totally different world—Venus. It was a journey—a journey that’s, well … complicated.

A Conversation with Turner

You were very open and vulnerable in this book. Was that hard?

“Yes and no, but mostly yes. Giving life to my inner thoughts as characters with voices in the book helped enormously. It gave me a way to express the various struggles I experienced as I wrote about them, but it also allowed me to poke fun at myself during the writing.”

If you could go back and change your dating decisions, would you change anything?

What advice would you give someone who found themself re-entering the dating scene after a long time out of it?

“It’s easy to think that you’re ‘the problem’ when things don’t go the way you want or they go badly. You’re not the problem. Finding love is tricky business, but so is life in general.”

What comes next for Turner Grant?

“A certain amount of peace in my life. This book marks the end of a journey that was not of my choosing, but I’m still here and very blessed.”